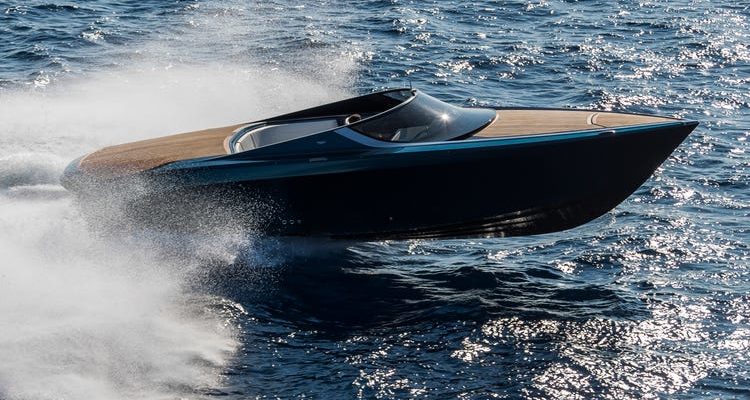 British marque and high-performance luxury car manufacturer Aston Martin certainly isn’t the first high-performance car manufacturer to have gone speedboating. But when it did get around to doing exactly that with the launch of its AM37 powerboat at the 2016 Monaco Yacht show, the nautical world sat up and paid close attention. This was James Bond-quality stuff, after all.

And that’s also what it turned out to be. The AM37 is a thing of opulence, of power and of style. The 1000bhp vessel is the perfect balance of power meets sleek, and just for good measure, its available in diesel as well as petrol. Your choice.

At a top speed of 52 knots (that’s roughly 60mph) its full-thrust underbelly creates just enough power to ensure a thrilling ride but without the risk of a perfectly fine lunch lost. Fine, because at $1.6 million for the entry-level model, he who gets to occupy the AM37’s luxurious cabin, probably dines on fine seafood and a variety of cognac as rare as MI6’s main man himself.

What makes Aston Martin’s entry into the world of luxury speedboats unique, is that the AM37 combines the best in maritime design elements with the best in automotive design elements. This makes for an interior very much reminiscent of what you’d typically expect to find in any one of Aston’s superb cars.

Produced by the popular British car manufacturer in association with Quintessence Yachts, the AM37 is the work of the very same team of super craftsmen responsible for the One-77, the Vulcan, and the DB11. And it shows.

But despite the AM37’s claim to auto-manufacturing fame, it does present its owner with some add-ons you won’t easily find in an Aston Martin car, or in fact in any car. A swimming platform, electronic anchor system and rear seating with a seating capacity of up to eight people are just some of the particularly ‘boaty’ things you can expect to encounter. Oh, and then there’s the fridge, the air con and the coffee machine that will have you convinced you’re docked somewhere in a harbour in Venice and not out on nautical legs. 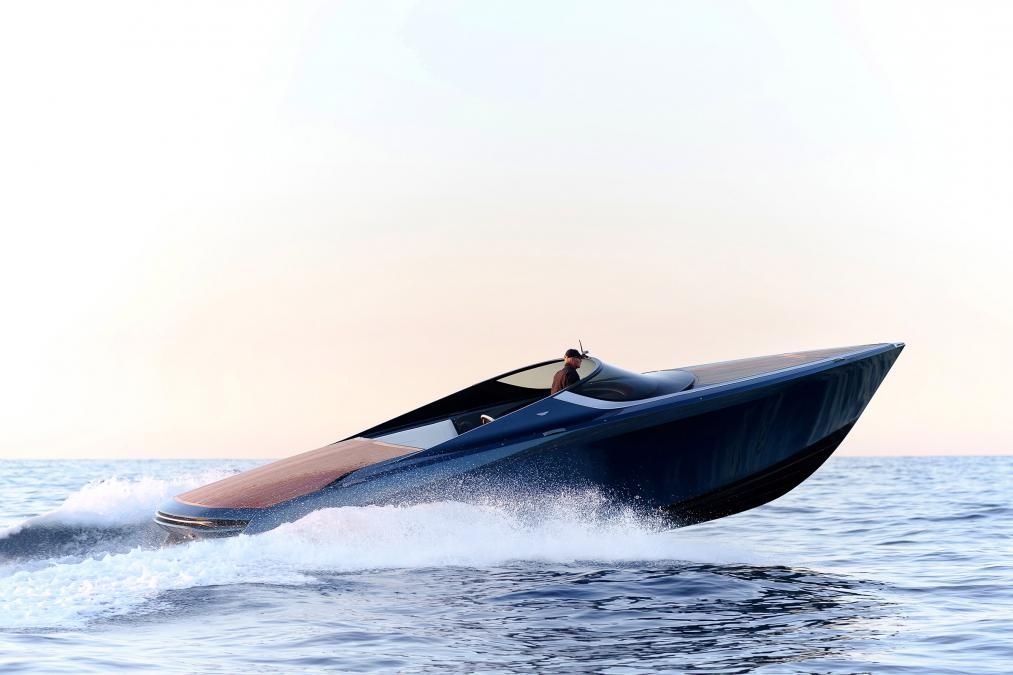 And to the discerning AM37 owner, there’s always the option to install a couple of optional extras. Think convertible sofa, champagne cooler and a beautiful Lacewood table. Want the boat to match the car, perhaps? Charcoal Lacquer wood finishing goes beautifully with the interior of the Vantage AMR parked at the pier, after all.

If underwater lights and a cocktail bar don’t interest you quite as much as what’s under the AM37’s hood, then there’s a bit of good news heading your way. The base model comes with either twin 370 bhp diesel engines or with twin 430bhp petrol engines standard fitted. And those willing to fork out a few dollars more for the AM37 S, get to slice the waters with twin 520bhp engines’ worth of raw nautical pomp.