Back in 2005, the Bugatti Veyron took the racing world by storm thanks to its unprecedented road speeds mixed with its first class comfort and luxury. We’d seen incredibly fast cars before, but they were almost always dedicated solely to speed, giving up many of the conveniences and features that we’re used to in modern cars. The Veyron was able to keep all that while keeping up and often-surpassing many of the other super cars on the market. It was truly a car worthy of the title of, “Hypercar.”

Fast-forward to over a decade later, and we are now faced with the latest creation from Bugatti – the Chiron, designed to surpass the Veyron in every way imaginable. Named after Monegasque driver Louis Chiron and first revealed at the 2016 Geneva Motor Show, the Chiron is the proud successor to the Veyron’s legacy, combining the same mix of luxury and power that made the Veyron so famous a decade earlier.

Being such a famous brand, it can be found just about everywhere, from television, magazines, online betting NZ, and film. Let’s take a closer look at what makes the Chiron second-to-none.

What The Chiron Offers

While, in many ways, the Chiron bares resemblance to its predecessor, there have been numerous changes to the car that make it truly unique. The main carry-over from the Veyron is its massive 8-litre W16 quad-turbocharged engine, which has been thoroughly updated for the Chiron. In terms of raw power, the Chiron boasts 1103 kW, or 1479 break horse power, which is complimented by 1600 Nm or torque. This gives it a 220 kW increase over the Veyron, which is roughly the power of an average car.

In terms of weight, the Chiron is quite heavy, at just under two tons. This is despite the body structure of the car being made almost completely out of carbon fibre, which is the strongest and lightest building material currently available on the market.

In terms of acceleration, the Chiron can achieve 97 km/h in just 2.4 seconds in a straight line, and up to 200 km/h in 6.5 seconds. It broke the world record by accelerating to 400 km/h in only 32.6 seconds, something even the Veyron SS couldn’t achieve. Once the Chiron has achieved it’s top speed, it needs an additional 9.4 seconds to come to a complete stop, thanks to state-of-the-art carbon ceramic brakes. 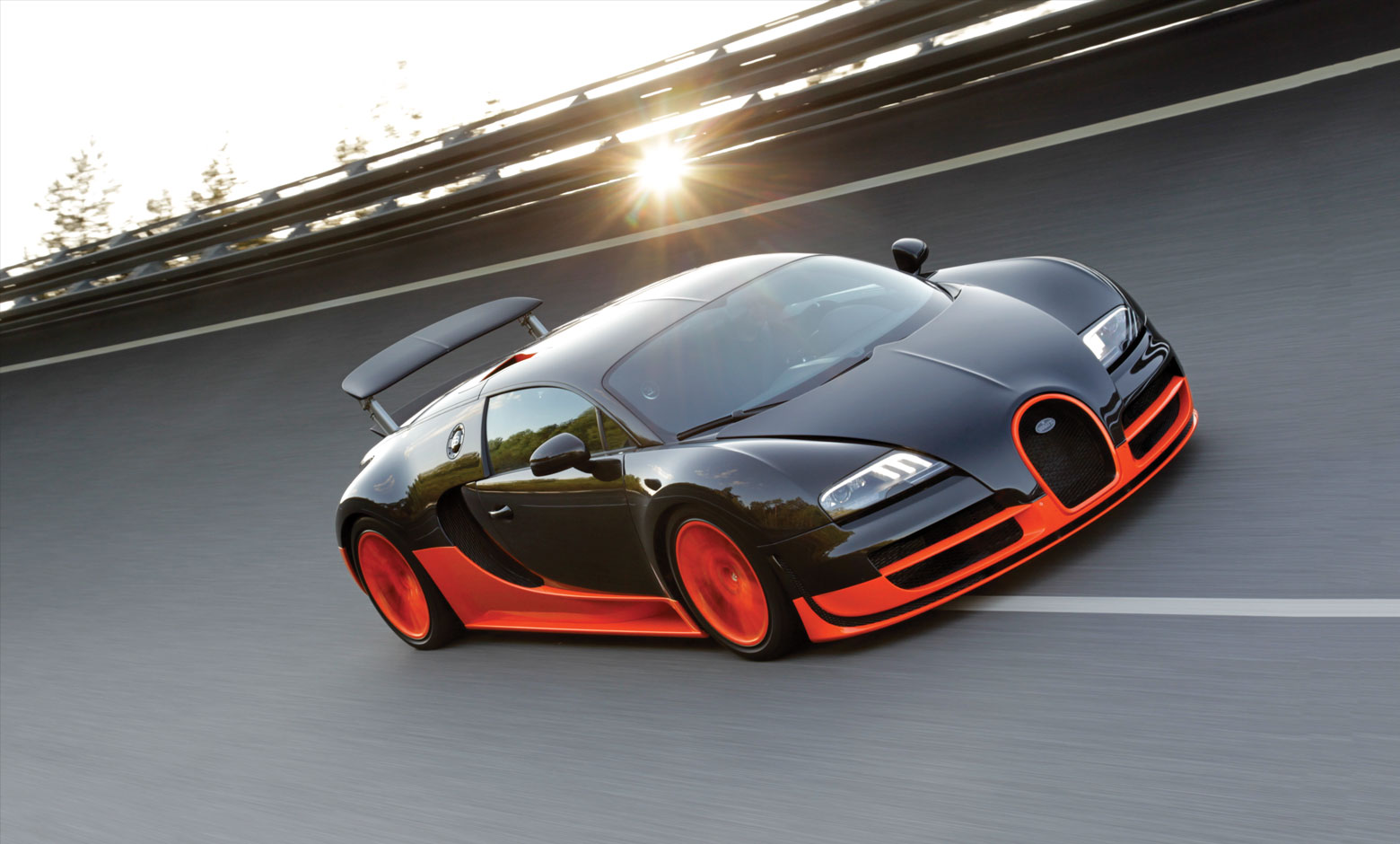 Gears are changed with a 7-speed dual-clutch transmission that allows for precise changing without losing any power, which is part of the reason the car can reach such tremendous speeds in a relatively short amount of time.

Overall, the Chiron’s top speed is electronically limited to 420 km/h, but the manufacturer anticipates that without the limiter, the car could achieve around 463 km/h.

Due to the price and complexity of the Chiron, only 500 will ever be made, which are sold at around 2.7 million US Dollars, making it one of the most expensive cars in the world. Despite it’s incredible speed and massive costs, the Chiron is still technically a legal road car, meaning that it can be driven every day, and does not require any special licences or permits, which is the case for many other super cars.

Right now, the Chiron is just about the fastest road car in the world, and it will be a number of years before anything will be released that can match its sheer power on a straight line.