Classic Cars That Are Truly Unique

Classic Cars That Are Truly Unique

Almost all cars that are on the roads today are made in the thousands, whether they’re basic transport vehicles or top-of-the-line luxury sports cars. It’s incredibly rare to come across a vehicle that is truly one of a kind – but there are some exceptions to this rule.

These are the cars that are truly unique, making them remarkable in today’s world of consumerism and mass production, many of which could only be bought through winning Australian online pokies.

Lamborghini first unveiled the Egoista as part of their 50th anniversary celebrations. The car itself comes with a 5.2L V10 engine that can belt out up to 600hp, along with a unique angular exterior that’s designed to look like a raging bull when viewed from the correct angle. The single-seat cockpit allows the driver to sit in the centre of gravity, while the massive downforce created by the vehicle means it’s no slouch off of the starting line.

Built in 1970, the Lancia Stratos Zero is one of the most well known concept cars of all time. It was released by car enthusiast when it was first revealed to the public, with its futuristic, space-like design instantly gaining popularity within the car world. It was also fully functioning, which included encased instrument panels and horizontal seats, all of which sat in front of its 1.6 HF engine. The car saw some limelight in 1988, where Michael Jackson used it in his film Moonwalker. 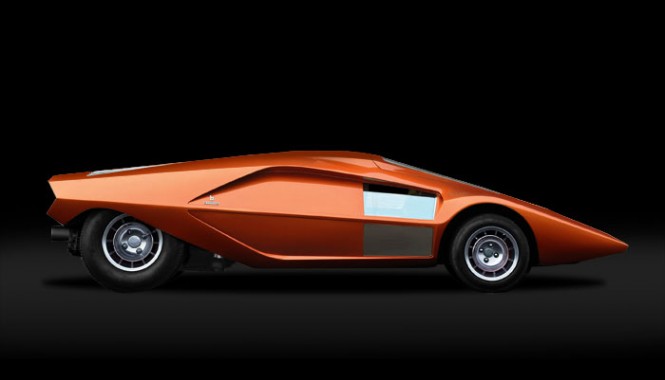 Also commonly known as the Phantom Experimental Electric, the 102EX was a prototype designed to try and raise awareness and encourage discussion around the concept of an electric car that could be plugged in and charged, with many regarding it as the first electric luxury vehicle. The usual Rolls Royce 6.75L V12 had been replaced with a battery pack that weighed in more than 640kg, and although the car did go on a tour in 2011, it wasn’t popular enough to ensure mass production.

The Blastocene Special, also known as the Tank Car was designed and created by an American engineer by the name of Randy Gribb in 2001. The car’s nickname originates from the fact that it makes use of a Continental AV1790-5B motor, an engine that had been previously used in the 51 ton M47 Patton Tank. The car is currently owned by presenter Jay Leno, who made enough modifications to it that it’s technically road legal, some of which included new brakes, a new gear box, and a number of engine upgrades.

Jaguar has always had a knack for making extremely good-looking and unique vehicles, but nothing comes quite as close as their XJ13. Originally built as a prototype in 1966, the car shares a lot of commonalities as the E-Type range, which includes a similar front suspension along with the use of drive shafts as upper transverse links. And while it didn’t see mass production, it was important for future designs.