Fastest Bikes in The World

Fastest Bikes in The World

The Fastest Motorcycles In History

We’re used to seeing Formula 1 cars tearing around the track, all the all-terrain 4×4s that seem to tackle any course with ease. The world of car racing is the most popular among racing fans, and while we’ll always have a soft spot for our four-wheeled friends, the real speed often lies on the motorcycle track.

Bikes are one of the most diverse vehicles of the modern era, ranging from small scooters that can take us to the shops and back, to machines of immense and raw power that have long dominated the speed records of the world. Super bikes, in particular, have been at the top of countless speed leader boards since the first racers, such as the Vincent Black, hit the circuit a hundred years ago. With modern engines controlled by state-of-the-art computers, this is the perfect time for anyone with a love for two wheels and speed, especially for those that enjoy racing NZ betting.

Superbikes tend to do their best on a straight line, and to this end, these are the five fastest bikes in the world right now that can achieve massive speeds on a drag course.

Named after the Peregrine Falcon, this bike is the stuff of legends. Having found its way on just about every teenage boy’s wall, the Hayabusa is still one of the fastest bikes on the circuit. Powered by a 1340cc, four-stroke engine, the Hayabusa can easily hit speeds of 190 miles per hour (305.776 km/h), making it a worthy competitor for the top speed title, even to this day.

In terms of renown, the only bike that has been better known than the Hayabusa is the Ninja. Its popularity generally comes in two packages: one for its looks, and the other for the blinding speeds it can achieve. With a 1441cc four valve motor pushing it forward, the Ninja can hit a top speed of 208.1 miles per hour (334.90 km/h.) Bear in mind that this is the little brother in the Ninja range, despite achieving some very adult speeds.

Cited by the Guinness Book of Records as the most powerful production motorcycle ever made, the Y2K is a monster of a machine. With a Rolls Royce 250-C18 turboshaft engine, the Y2K has maintained its position for almost 20 years, and has no intention of letting it go.

Here we have the big brother if the ZX-14R, and a bike that looks like it came straight out of the future. Built out of aluminium and carbon fibre, the H2R is a masterpiece of engineering, and the fastest bike that Japan has yet to unveil. Topping off at over 249 miles per hour (400.727 km/h) the H2R is the world’s fastest production bike right now.

Blurring the lines between bike and rocket, the Tomahawk is the bike that has amazed the world since it was released in 2003. As the fastest bike in the world, and despite featuring an 8.3 litre, V-10 Dodge Viper engine, it still surprises many to learn that this titan can achieve speeds of 420 miles per hour (675.924 km/h), leaving all the other bikes long behind it, and making it the fastest on the planet. 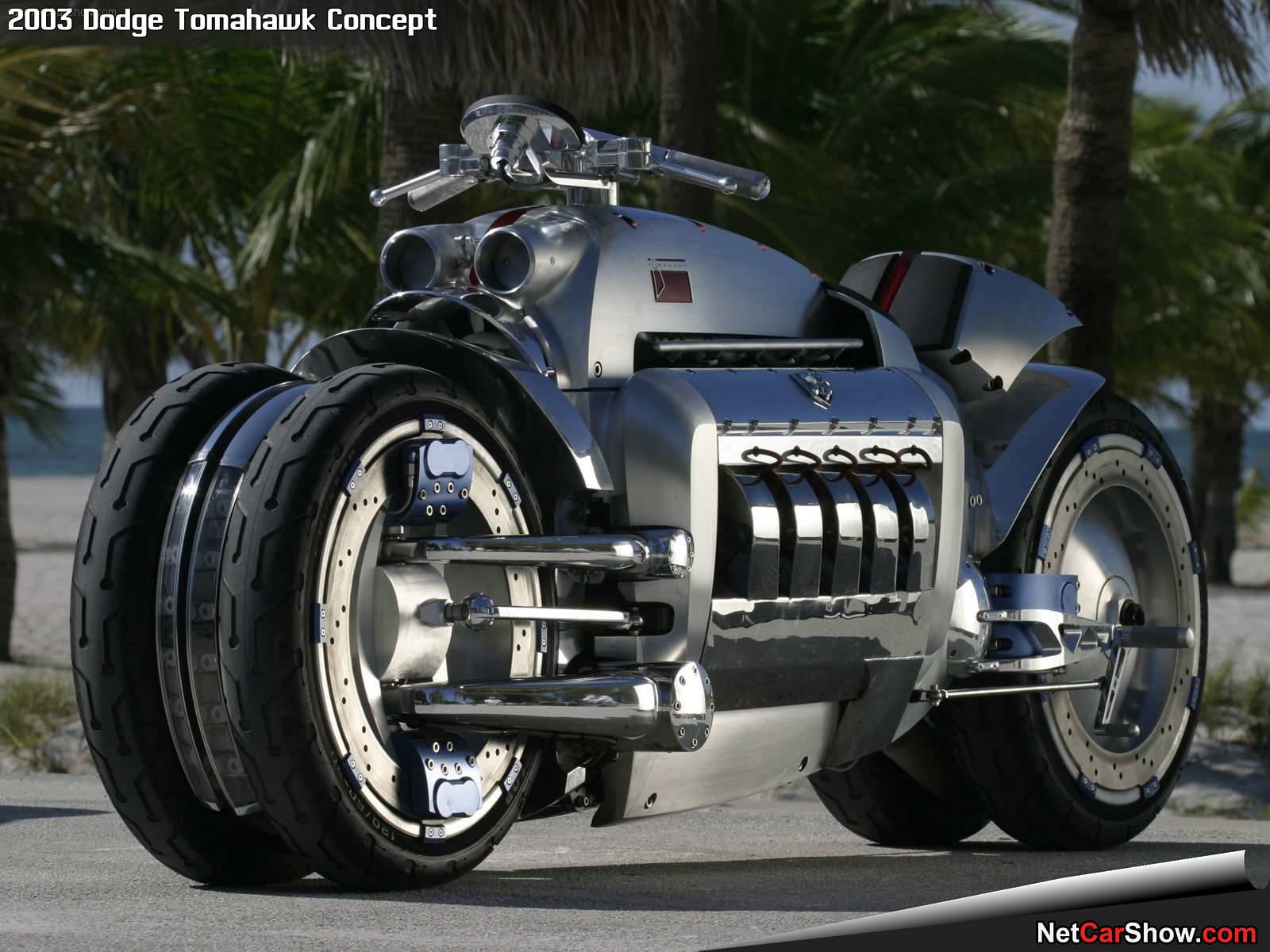