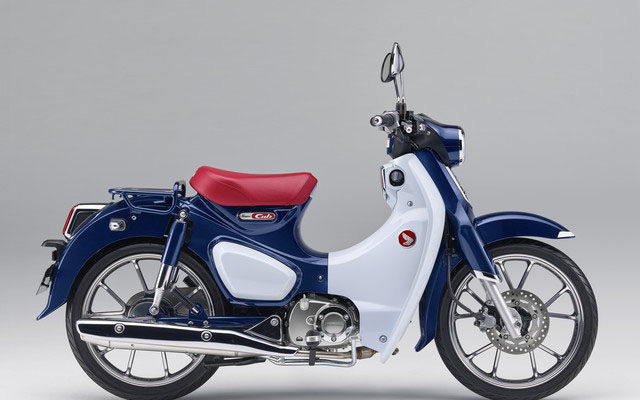 When the internal combustion engine was first miniaturised and put into smaller vehicles, it didn’t take long for two main branches of vehicles to become popular with the public: cars and bikes. Over the years, we’ve seen both industries boom across the world, with cars becoming one of the most important forms of transport in the history of mankind.

Bikes, on the other hand, while incredibly popular, haven’t seen as much usage in the western world compared to their four-wheeled counterparts, but there is one bike in particular that not only has outsold almost every other vehicle out there, but is among one of the most sold items in the world: the Honda Super Cub.

The Super Cub first made its debut 50 years ago, and over that time Honda has sold a staggering 60 million of them to people all over the world – making it the best selling commodity in the history of the internal combustion engine. Whether it’s going out to the shops, spending some time at the local casino, enjoying a bit of online betting NZ, or simply going on a leisure drive, the Super Cub has proven itself as the most popular form of transport since Ford’s Model T.

The History of The Super Cub

The 49 cc motorcycle was first designed 50 years ago by the beloved Soichiro Honda, and it proved to be a turning point for the automotive industry. Not only was the bike immediately popular, but it also spurred Japan’s vehicle industry, allowing it to eventually dominate the motorcycle market.

Bikes were rarely used as a mode of transport in the part of the 1900s, and many people associated the two-wheelers with racing or the rich, and they were not highly desired among the average population. Honda’s Super Cub changed this altogether, and offered people the chance of personal transport that was both reliable and cheap, and their campaign was a massive success, lasting another 50 years.

First introduced in 1958, the four strike Cub hit the market with a unique design, sporting big tyres, clutch-free operation, and proved to be cheap to repair. Over time, Honda improved the mechanics of the Cub, eventually introducing fuel injection. While the overall look of the Cub has remained the same since the 1950s, it has seen some various models over the years, each with different practical uses.

The Cub is almost exclusively sold in Asia, its biggest market, and trying to find one in the United States is almost impossible, as the cub stopped being sold within the country in the 1980s. Despite that Honda is still producing the Cub, and the number of sales it has accumulated outstrips that of cars by a massive amount – the most sold car in the world is the Toyota Tercel Corolla at 35 million.

Cheap two-wheelers will always be popular in Asia, and the Honda Super Cub will continue to be the king of them all.