We’re living in a world where technology permeates every facet of our lives, ranging from the devices we carry in our pockets to the devices we use at work. We can see touch screens in restaurants, advanced AI systems in the video games we play, and now we are seeing more advanced cars hitting the market, offering a number of luxuries to make our driving experience that much more enjoyable.

For a long time, cars have had computer systems integrated into them, often in tandem with the mechanical side of things. This is done to increase fuel economy, help mechanics identify specific problems, and with the more luxurious vehicles, to provide us with both entertainment and efficiency. Among the many cars that have hit the market with the latest tech, the most advanced one we’ve come across so far is the latest iteration of Audi’s popular A8.

What The A8 Will Be Capable Of

What sets the A8 apart from other luxury cars is the number of feedback, information, and assistance tools that will be integrated into the car. This will include a number of OLED and AMOLED displays in both the centre console and in the rear seats. Each will be stationed with Audi’s custom operating systems, and will give drivers a full breakdown of what’s happening with their car, including tyre pressure, engine status, driving range, and more. There are also rumours of Internet connectivity, allowing passengers to make use of the web, play video games and amazing pokies games online, or stream films.

A central AMOLED display will be the centre of attention for the driver, and will provide feedback with a haptic response system designed to respond to both hard and soft touches. Audi techs have confirmed that they will not be using the same gesture systems as is used in the BMW 7 Series, as many found it to be too clunky. 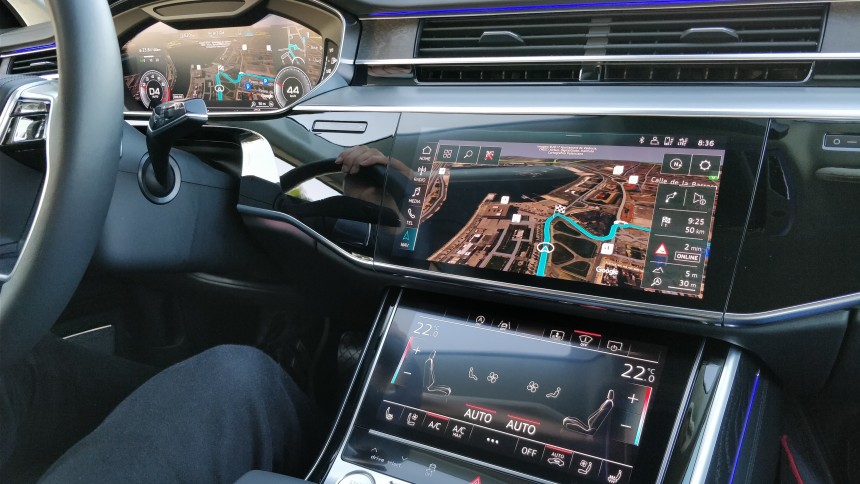 The Audi team will be launching its Personal Intelligence Assistant, which will be fully integrated into the car’s computer systems. The PIA is designed to learn more about the driver over time, and will automatically customize displays, shortcuts, and will even be able to change vehicle function based on the learned preferences of the driver. What that means is that over time, the car will eventually be able to customise itself to give the driver and their passengers a more comfortable ride, as well as improving fuel economy based on driving style and the type of roads they make use of.

On top of that, the system will streamline other types of functions, such as calling. If, for example, the driver makes a call at a certain time of the day, every day, the PIA will automatically have that number set as a shortcut during that period of the day. Along with that, the system will manage and read messages, calendar entries, and much more.

The Audi A8 is a glimpse into the future of automotive innovation.