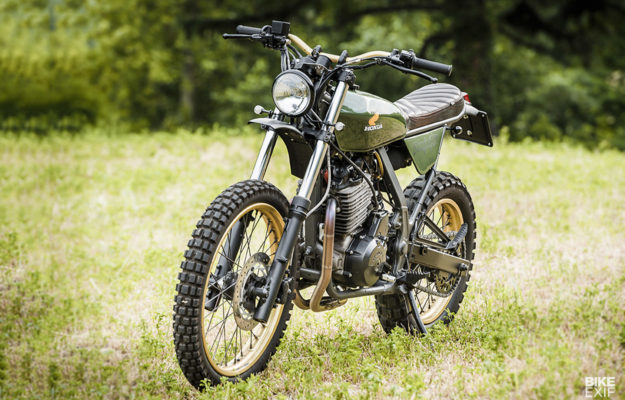 Apart from the thrill of riding them, bikes have always been intended as a cheaper form of transport compared to their four-doored counterparts. Bikes are smaller, have less powerful engines, and are much easier to maintain, making them the perfect choice for someone looking for a vehicle that won’t bankrupt them.

But even in the bike world, there are plenty of two-wheelers that can cost an arm and a leg. The best bet for the money-conscious, then, is to find a good quality bike for an even better price. So, without having to resort to horse racing betting to try and raise the funds to buy a new bike, rather take a look at the top bikes that can be bought on a budget.

BMW arguably make some of the hardiest bikes in the world, which can be attested by the countless adventurers who set off across different continents on the back of a reliable BMW. For the most part, a top-of-the-range BMW is going to set someone back a fair amount, but the F650GS is the ultimate bike for anyone looking for a good brand but without the monumental cost. Despite the name, the F650 is powered by an 800cc parallel twin engine. It comes with ABS and a plenty of other modern tech.

The Monster is a great choice for a budget city bike. It’s sleek, easy to maintain, and has brilliant handling. Minimal bodywork means little chance of receiving any damage to the exterior. The Monster is still in circulation, but buyers will find that later models will usually be out of their price range. Rather look to a mid-2000s 620ie, as it retains the same aesthetic but also comes with a much lower price tag than its modern equivalent.

The Bandit is a well-known bike, mostly thanks to its cheap price and top quality – which is in line with most of what Suzuki produces. The 650cc version of the Bandit, which was released from 2007 onwards, is a simple and easy to ride, and their value has held reasonably steady over the last decade. They’re also notoriously easy to find on the open market.

The CBR600 is the oldest bike on the list, but it’s also one of the fastest, and it’s the perfect all-rounder for the biking enthusiast. With fuel injection and an aluminium chassis, the CBR has a modern feel to it despite its age, and despite the simple suspension system, it handles extremely well. It’s a good choice for those that want to get a feel of a sports bike before moving on to something more powerful.

Not too different from the BMW, the Mana comes with all the modern luxuries of a current-day bike, including ABS and fuel injection. It’s also packed with an 850 V-Twin engine, and a CVT transmission system that makes it an extremely smooth ride.