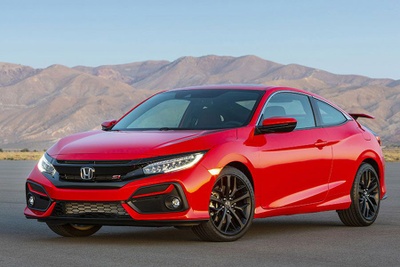 Purchasing a brand-new sports car is the dream of many. The sheer performance combined with the unique aesthetics of the vehicle, and it’s not hard to see why so many people want a sports car parked in their garage. The most common factor that holds everyone back from having their own sports car is the price. And it’s not just the outright price of the vehicle itself, but how much such a vehicle costs to maintain over the long term.

A powerful engine needs a lot of juice, and the average sports car will consume many times more fuel than most cars, and it’s something that a lot of people don’t take into consideration when they buy a sports car. In fact, some performance vehicles are so heavy on fuel that the cost of refilling them over long periods of time can cost way more than any other kinds of maintenance. Let’s look at some popular sports cars that also happen to be fuel efficient.

The Civic was once seen as little more than a reliable family car, but over the years it has transformed into a truly budget-friendly performance vehicle that has become immensely popular around the world. The latest Civic, the Si ‘22 is especially efficient on the road, and a driver would be hard-pressed to find a sports sedan that matched the efficiency that the Civic has to offer.

Gone are the days of heavy, gas-guzzling engines that meant having to hit the local petrol station every few hours because the car had run dry. Newer iterations of old models, such as the much-beloved Toyota Supra, have shown that many car companies are moving away from big, heavy engines, and focussing on engines that provide much better efficiency without skimping on the power.

The Audi TT has been a popular sports car for the better part of two decades, and in that time became one of the best-selling vehicles in the world. And while many feel that the model peaked with the R8, modern Audi TT’s are excellent cars that also boast great mileage. In fact, the Audi TT is now more efficient than the Porsche Cayman, which is in itself a glowing recommendation, as Porsche have been striving hard in the last few years to try and make their vehicles as fuel efficient as possible.

BMW has never really been associated with fuel efficiency and have long preferred to sell their vehicles with powerful but thirsty engines. This has begun to change, and while a buyer can still expect the classic inline-6 engine in the new 2022 model of M2 that they purchase, it’s now more efficient than ever before, even if it still means having to play and win at Canadian gambling sites to afford fuel. In fact, it would be difficult to find a vehicle that offers just the right combination of efficiency and performance that the M2 does, and it makes for a great investment for any car lover.