The World’s Best Beaches For Boaters

The World’s Best Beaches For Boaters

There are endless beaches in the world, but not all of them are suited for every recreational activity. For instance, a public beach isn’t a good spot for a speedboat due to the noise and the waves it creates, which can cause harm to the people that are swimming. Other beaches, however, are so isolated and difficult to get to that they make the perfect region for anyone wanting to push their new powerboat to its limits, while also having a spectacular view.

With all that in mind, these are some of the best beaches on the world for boat lovers.

Found bordering the incredible island of Catalina Island, this harbour is world famous for its views and tranquillity, attracting hundreds of tourists from around the globe during the summer months. When winter hits, however, the beaches tend to empty, making them a top choice for anyone that owns a base. Not only does Avalon Beach promise its visitors a brilliant view of the towns and landscapes, but it’s usually quiet enough to boat around without disturbing anyone else.

Cow Wreck beach can be found in Anegada and has a long and interesting history. It acquired its name from the many cow bones that would wash up on the shoreline, remnants of the many ships that were destroyed on the surrounding reef, which is notoriously dangerous. The island acts as a huge wall against the Atlantic Ocean, meaning that the inner lagoon is well protected and quite peaceful. It can be a dangerous area when the winds pick up, and it’s a good idea to have an escape plan when things start getting a bit tepid. 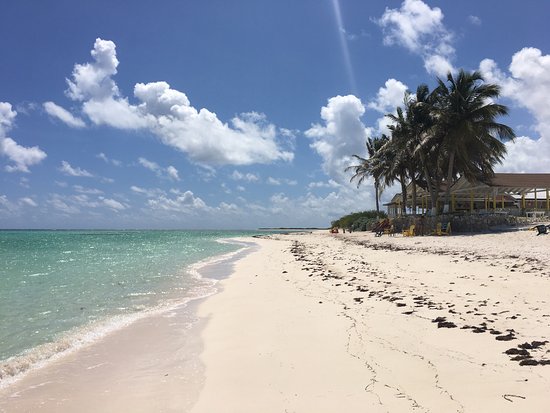 Sandy Island is a small and otherwise inconsequential island that can be found off of the coast of Carriacou and is barely more than a strip of sand covered in trees. The immediate area is a national park, meaning that boats are not able to get too close without getting chased off by a local ranger. But the waters surrounding the area are quiet and pristine and make for a great playground for anyone with a few hours to spare and a fast boat. For some fun on a Saturday afternoon, it’s possible to anchor down off of the shore, and swim to the shore to enjoy some time on the tiny piece of land.

Found off of the coast of Greece, this island has become known for its northern beach, which has become something of a tourist attraction in recent years. The cliffs are especially magical, having been carved out by the wind for countless millennia, turning into a landscape that has become a favourite for anyone with a camera. Of course, warm, sunny weather is to be expected when visiting Greece, and thanks to their clean and pristine coastal waters, there are few other places quite as beautiful and peaceful; a boater’s paradise, in other words.