People have always been fascinated by monster trucks, and it’s not hard to see why. Powerful, loud, extreme, and, of course, enormous, monster trucks are not just about building the biggest, baddest trucks around, but pushing engineering to its limits.

These are vehicles that stand taller than just about anything else, with tyres that dwarf even people, and engines so powerful that they can push the truck over almost everything it encounters. Here we will explore some of the very biggest monster trucks of all time.

Created by Dennis Anderson in 1981, the Grave Digger was put together from a 1957 Chevy panel wagon, and Anderson used various scrap pieces to make the monster. It quickly became a hit among fans and would go on to be one of the most recognisable monster trucks in the world. Anderson has won a total of four Monster Jam World Finals with Grave Digger, which included freestyle wins for both 2000 and 2010, as well as racing titles for 2004 and 2006.

Most people have probably tried a Monster Energy drink at one point or another, but not as many would be aware that the energy drink brand also created a monster truck of their own, dubbed the Monster Energy. From its original debut, the truck would win three races in a row, skyrocketing it into fame and making it a favourite among passionate audiences. It has continued its legacy of wins throughout the years, claiming the title for a freestyle event at the Alamodome in 2012, after which it won the trophy for racing in the same event during the following day.

Officially described as having the body of an SUV, MAX-D stands out from the crowd thanks to its unique silver and orange paint job combined with an aerodynamic body design that keeps it low to the ground. Being closer to the ground has also meant that MAX-D is the fastest monster truck around, with driver Tom Means having won the Monster Jam World Racing event a total of six times, with the most recent being at the 2012 iteration of the event. It has since undergone two redesigns, keeping it a relevant part of the monster truck universe. 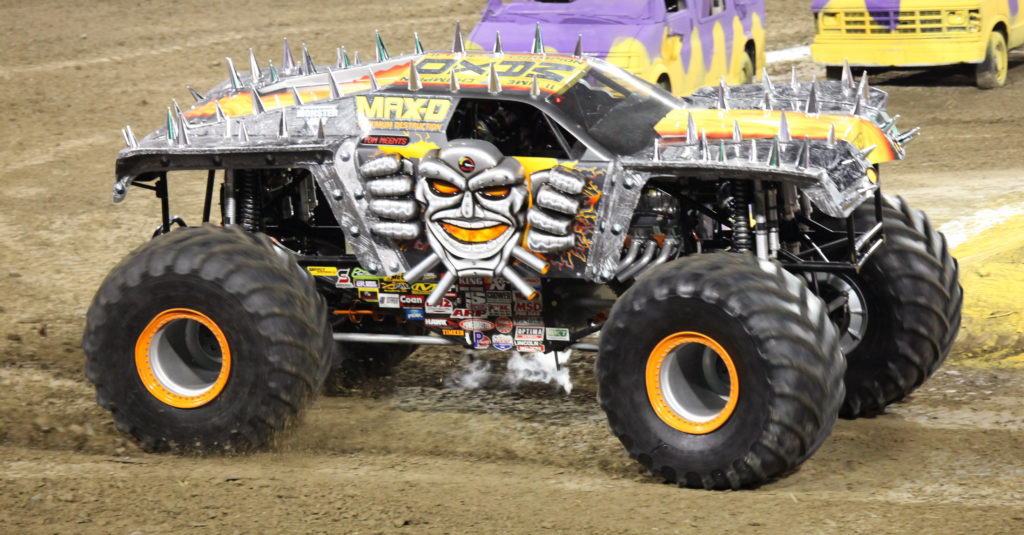 Designed and released in 1997, Avenger has earned a name for itself as a powerful and almost untameable machine that only Jim Kohler has been able to master, and it can be found in various media, from TV shows to online slots for Canadians in 2022. Originally made from a hot rod, Avenger was upgrade in 2002 with a ‘57 Bel Air, and it’s been a design that has stuck with fans ever since. The monster truck boasts two wins at the Monster Jam World Finals freestyle events, in 2003 as well as 2011. The team would celebrate their 20th anniversary in 2017, which accompanied another upgrade, this time for a Chevy pickup. And although Avenger has been changed a number of times over the years, the spirit of the truck and the Scream Team has remained true throughout.