Electric vehicles are starting to take the world by storm, and more consumers and governments than ever before are beginning to make the switch over to electric. In fact, the United Kingdom has recently pledged to phase out all fossil fuel vehicles by 2035, paving the way for an entirely new generation of vehicles.

A very common misconception is that by switching over to electric, we will lose the high-speed machines that make the world of petrol. The truth is, however, that electric is not only more efficient in terms of overall energy usage than any petrol or diesel vehicles, their lower weights and higher torque often make them far superior to their old-technology counterparts. Here we will explore some of the fastest electric vehicles of all time.

Styled as a conventional hypercar, the Rimac Concept One is an extremely expensive vehicle that comes with some of the very latest in bleeding edge performance technology, and is able to reach 120km/h in just 2.8 seconds, making it more than capable of outpacing even the most powerful fossil based car. The company that makes the Rimac only began producing the vehicle in 2009, and while they are relatively new in the car world, they have made serious waves when it comes to outcompeting their rivals. The Concept One comes with a motor that boasts almost 1100 horsepower, while the battery is able to take the drive to a range of around 500km. 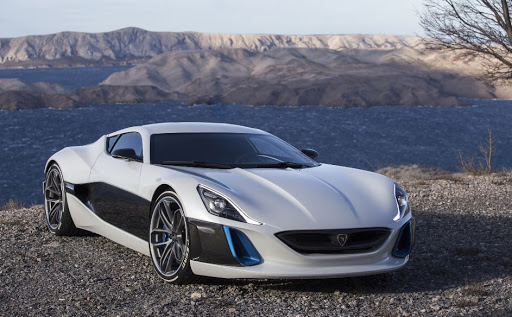 With a look to match the name, the Blood Shed Zombie 222 is based on the 1968 Mustang, except in an electric flavour. It ships with an 800-horsepower engine that is able to even match the Concept One in speed, where the 222 can reach 120km/h in 2.4 seconds flat thanks mainly to its 2 motors. And while the top speed of the Zombie is already an impressive 280km/h, the creators behind the vehicle are looking to pish the boundaries in the future and get it as high as 190.

This supercar is currently among the very fastest electric cars in the world right now, and with its aerodynamic design and 850 horsepower motor, the B12 can hit an incredible top speed of 320km/h, a speed that not many other vehicles are able to reach comfortably. The B12 is a showcase of just how powerful an electric motor can be, and because it’s aesthetically no different from a petrol car, converting over to electric is almost completely seamless, although it is the kind of vehicle that only few people can afford.

Chevrolet has always made an effort to be ahead of the pack, and their long running Corvette is the flagship of what they offer: a vehicle that offers unparalleled speed, brilliant design, and a unique aesthetic. And while this new Corvette does all of this with ease, it’s also a leader in cutting edge electric technology, allowing drivers to achieve speeds of 300km/h. What makes this option better than most others, however, is that the Corvette is totally street legal.